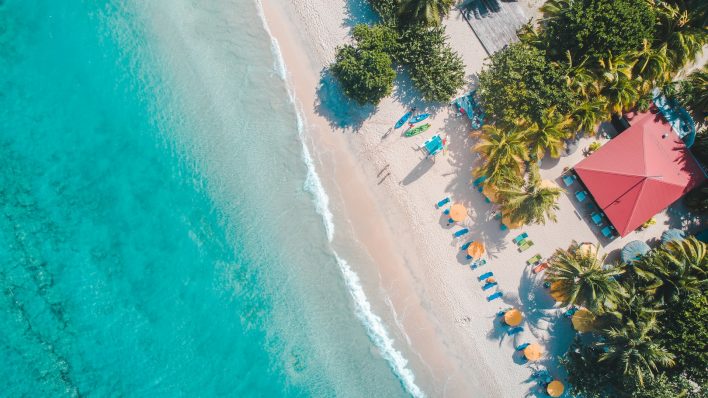 Caribbean Spanish is a variant of the Spanish language which developed in the Caribbean region due to its unique colonial history and cultural influences. This dialect of Spanish often incorporates vocabulary from other languages such as English, French and indigenous languages, reflecting the multicultural makeup of the Caribbean. It first emerged in Cuba during the 16th century, when colonists brought their language and customs to the island. From there, it spread to other countries in the region and developed unique characteristics in each place. For example, Cuban Spanish has influences from African languages while Dominican Spanish includes words from Taíno and Arawak languages. Caribbean Spanish is still spoken by millions of people throughout Latin America today, mostly among working-class populations. Its influence can be seen in music and literature, as well as in everyday conversations. Despite the many influences that have shaped this dialect of Spanish over the years, it has retained its unique characteristics to become an important part of Latin American culture.

Exploring the Evolution of Caribbean Spanish

The Caribbean is home to a unique variety of Spanish. Known as Caribbean Spanish, this dialect has evolved in response to the region’s culture and history. Exploring the evolution of Caribbean Spanish can provide insight into how language changes when exposed to different influences, such as colonization and immigration.

In the 19th century, Caribbean Spanish began to take on its distinct characteristics. This was mainly due to the influence of African slaves who were brought to work in the sugar plantations. As a result, many words from African languages began to enter Caribbean Spanish and certain aspects of pronunciation changed as well.

The 20th century saw further influence on Caribbean Spanish. Migration from Europe, Asia, and the Middle East brought new words and expressions to the language, while contact with English-speaking countries introduced various Anglicisms.

Today, Caribbean Spanish is a vibrant dialect that has been influenced by many different cultures. It is a testament to the region’s history and its people’s ability to adapt and change. Exploring the evolution of Caribbean Spanish is a fascinating way to learn more about the language, its speakers, and its unique culture.

Caribbean Spanish, also known as Antillean or West Indies Spanish, is a dialect of the spanish language translation services in the Caribbean. It has similarities to other varieties of Latin American Spanish, but there are some distinct differences from Peninsular Spanish. This can include different words for common objects and divergent grammar rules.

Another major difference between Caribbean Spanish and Peninsular Spanish is the use of vocabulary. In Puerto Rico, for example, many African words have been introduced into everyday speech. This includes terms such as “guagua” (bus), “mofongo” (a dish made of mashed fried plantains) and “coco” (coconut). Furthermore, many English words are used in Caribbean Spanish, such as “traficar” (to traffic) or “parkiarse” (to park).

Grammar is also an area where Caribbean Spanish differs from Peninsular Spanish. For instance, words such as “ustedes” (you all) and “a ellos” (to them) are not used in Caribbean Spanish. Additionally, the verb tenses can differ as well: while both dialects use the past perfect tense, Caribbean Spanish would typically use the preterite instead.

In conclusion, while both Peninsular Spanish and Caribbean Spanish share a common language root, there are distinct differences between the two dialects. Pronunciation, vocabulary, and grammar all vary between these two varieties of Spanish, making it important to understand the differences if you’re traveling to a Caribbean region. By doing so, you’ll be able to communicate more effectively and thoroughly enjoy the local culture.

Unlocking the Mysteries Behind Caribbean Spanish Culture and Language

The Caribbean Spanish language has been influenced by the many cultures that have come to inhabit this region over the centuries, from African and indigenous groups to European colonizers. This unique language includes various loanwords from different languages like English, French, Portuguese, and even Arabic. The mixture of all these influences has created a distinct sound and feel to the Caribbean Spanish language.

Unlocking the mysteries behind this culture and language can help those who are trying to learn it for the first time. It is important to understand that learning Caribbean Spanish does not follow the same rules as mainland Spanish, with its grammar, pronunciation, and even slang words. By studying Caribbean Spanish in depth, one can gain a deeper appreciation of this unique culture and language.

Additionally, learning Caribbean Spanish can help us develop an understanding of the important cultural aspects that are intrinsic to the region. From music and art to cuisine and traditional customs, there is a richness to be discovered in the language and culture of the Caribbean that cannot be found elsewhere. As we learn more about this culture and language, we can gain a better sense of why the Caribbean has such a unique cultural identity.

Unlocking the mysteries behind Caribbean Spanish culture and language is essential for anyone who wants to understand and appreciate the region. With its distinctive sound and flavor, Caribbean Spanish offers a unique view into the history and culture of the area that can be treasured for generations to come. By studying this language and culture in depth, we can gain insight into what makes the Caribbean such a special place.